IN THE PRESENT TENSE

The work is not foreign to the experience of the artist Sounds, phrases, attitudes, images are stimuli that they are withdrawn in memory emotions 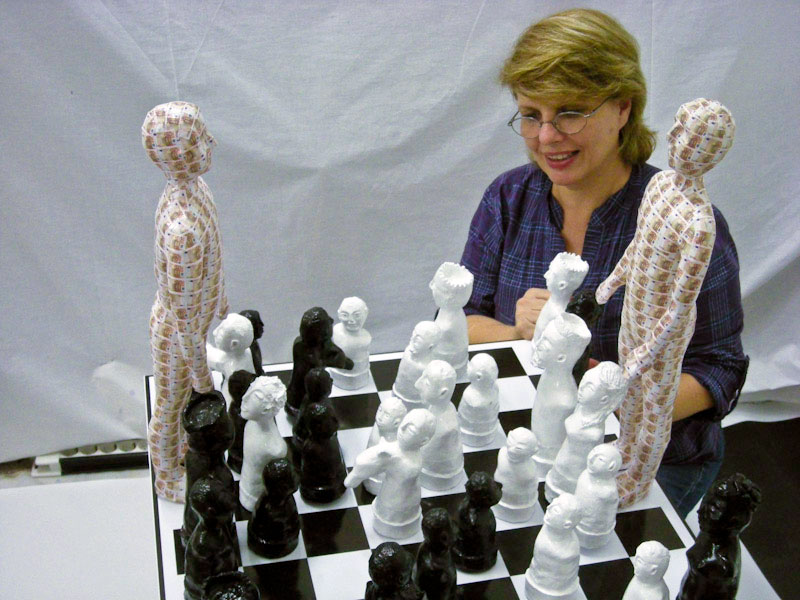 Nora Pavlidis is a graduate of the Department of Fine Arts, School of Fine Arts of AUTH 2007 from E. painting workshop. 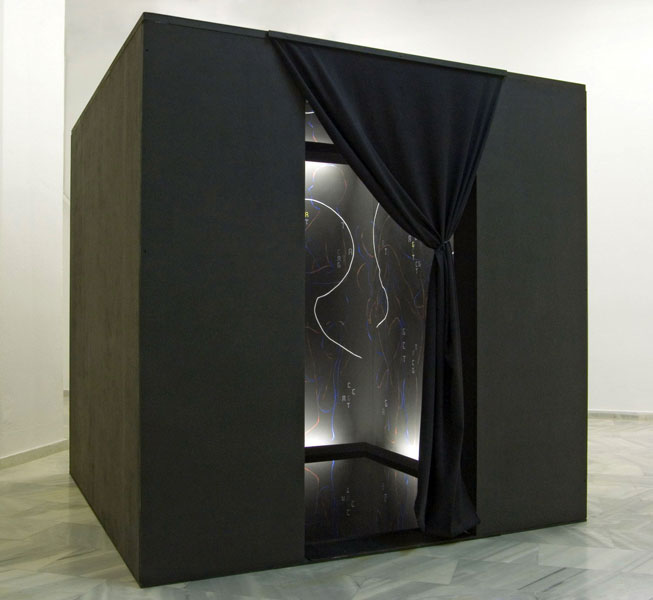 I was born in Thessaloniki in 1958. As a kid, I remember I used to paint and make my own toys. Studying Fine Arts was an unachievable dream for me because of my parents’ objection and also, because I had a family at a very young age.  But if one really wants something, dreams sometimes come true. So, in 2001 I got into the Fine and Applied Arts Department at Aristotle University in Thessaloniki and graduated from the E’ Painting Lab in 2007. Those years were really important to me as I met people who shared the same concerns, the same dreams. 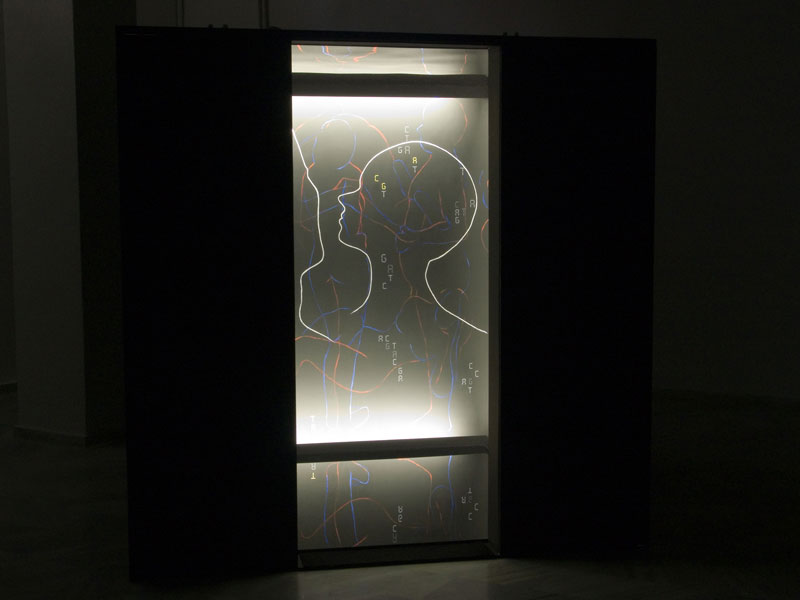 During my studies, an artistic project by the professor G. Golfino, which was on the composer’s Anestis Logothetis work, took place at the University.  As I lived with two musicians and believed that there are no limits in Art, and one kind of Art is intermingled with another – plus there is often a reference to the term ‘the sound of the colour’ [chroma] (Kandinsky) or Scriabin “chromatic system” – I studied A. Logothetis’ work with great passion. Logothetis is a composer who has extended the musician’s role from an interpreter to that of a co-creator with controlled participation. It was then that I realised that I wanted my audience to be a structural element with controlled participation in my work. Sounds, phrases, behaviours, images, all become stimuli to recall emotions and concerns, which is from where the topics of my work derive, and I try to give meanings, simulate emotions, and pose questions to the audience making them experientially become part of the work. I deal with the idea but also the meaning of the work. Using several materials as well as adjusting them serves the meaning. In my work, I try to depict truth as I experience it in relation to what bothers me at the time of each project. 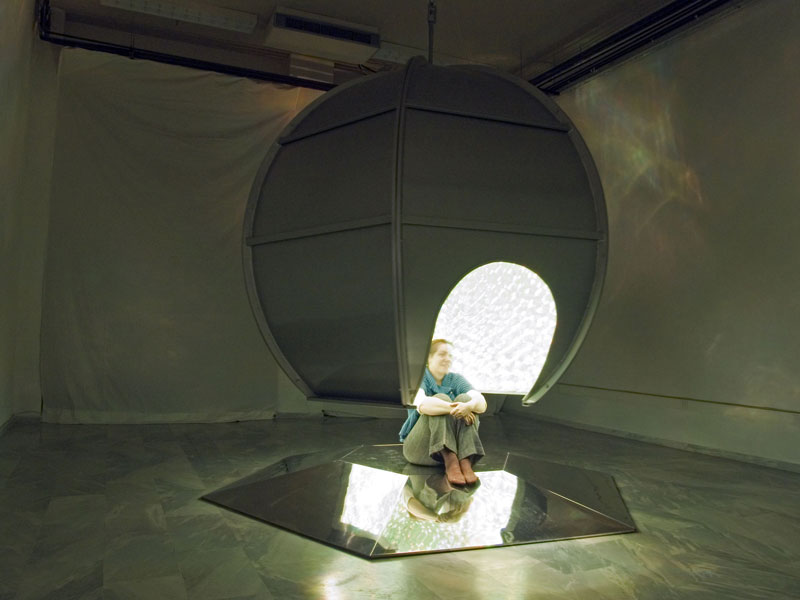 In 2007 I made three installations under the title ‘Information’: a) Mystery (Genetic Information), b) Audio and Visual Collage (way of receiving information) and c) Polymorphic Mirror (way of transmitting information) inspired by two top composers’ work, G. Hristou and A. Logothetis. The audience unintentionally starts the audio collage (Audio and Visual Collage) or turns the lighting on (Polymorphic Mirror) by moving around the space. What I deal with, in the above pieces of work, is the concepts of uniqueness, polymorphy and awe. Inspired by A.Logothetis, I designed/ drew a series of inks to depict my emotions that the music brought out. In 2009, inspired by the well known Greek temperamental gesture, that is the open palm, I created maps where the audience get to find the itinerary they would like to follow to reach their destination, starting from the White (Sensible) to the Black itinerary (Sad) and all the other itineraries in between, such as the Green (Calm) or the Red itinerary (Zealous) etc. In 2010 inspired by M. Chatzidakis’ words: ‘Masks help us put on our real face each time. We so much identify that the mirror reveals scenes from the past or non desired future. Masks contain us to the erotic spasm. Only at the time of death do we obtain our look without a mask, as our life has made us useless and doesn’t want us anymore. Our real face is the most useless’, I made an installation where the audience gets to tell who the face and façade are, leading to introspection:  ‘Being’ and ‘Appearing’. On the same theme, I designed/drew a series of inks, representing the trap of unnecessary desires of the Ego and also following the bias of time. In my point of view, each artist’s pieces of work are familiar to what they have experienced or are experiencing now. So, in 2010, I made a project for an installation event under the title ‘Wish brioches’, which took place at the ‘Passing Art’ festival in 2011. Each brioche contained money which every one of us, and not only in Greece, won’t be able to obtain any longer, as the recession has hit more and more people. During the same year, inspired by the big earthquake and the terrible effect on the environment which brought memories from the Chernobyl explosion, I made the ‘Quails’ Nest 2250’, which is a reference to DNA mutations. The invasion of the environment and everyday life is constant. Our opinions and choices are unconsciously and indirectly formed by them. Based on what we are experiencing now, I created the ‘Roi Mat’ [Check], an installation with two chess boards where the audience is the counter. We get to redefine our values.